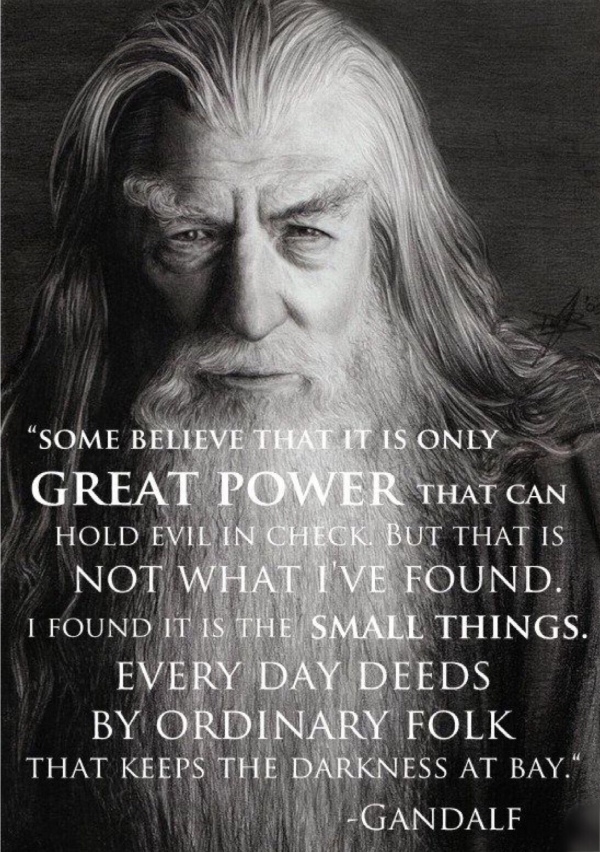 What have we become?

About a year ago I did a blog post called the “Whatcom County Prophetic.” {Click here to read it} In it, I reflected on a trip my wife and I took back to the land we grew up in. In that article, I talked about the

general spiritual condition of the region as well as some insights I felt the Lord gave me. In it, I asked a simple question, “where were your prophets?”

This was in response to decades of attitudes towards people who had a touch of the Prophetic in there lives that the churches miss understood. People who if they had been encouraged and trained could have maybe changed the unfortunate course the county is now on.

Since that time the same question has come up more than once in my mind as I and a few others begin to reflect on the state of the prophetic in America. Having worked for a well known prophetic ministry I got to observe up close various things that…shall we say…are very much not kosher.

Generally, the state of the prophetic is not good, consider this post from Jeremiah Johnson facebook page. 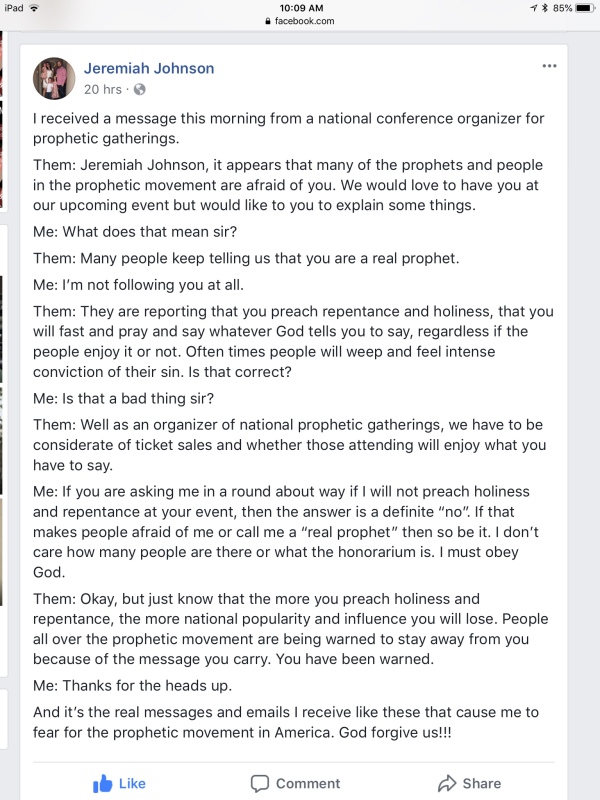 In the late 1980’s when the prophetic was gaining serious traction with names like Wimber and Paul Cain, real signs, and wonders became a regular thing in many corners of the church. It was starting to look like the days of old were about to explode onto center stage in America.

But an insidious thing took place, popularity. It became “the in-thing, a cool thing” to have your name included in the list of modern-day prophets. And in so doing the center of the prophetic slowly drifted from its anchorage to almost a free float it has become today.

I remember listening to Billy Graham give his now famous massage where he used the analogy of cooking a frog. “If you toss the frog in a pot of hot water it will jump out. But if you put it in a cool pot of water and raise the temperature slowly, then it will never see the danger until its too late.”

So what happened? Little compromises happened, things that would normally never be an issue became big ones in time. The most obvious is the use of alcohol, normally such a thing is never an issue. Many have had a drink from time to time without a problem in social or family gatherings. But add time and increase the number of drinks and then up the problem by going from wine to whiskey and then you soon find you are either hiding your drinking behind closed doors or searching for every scripture you can to defend your position while ignoring others.

Words like Holiness, Righteousness and the Awe of God are given passing lip service as little kingdoms are built for there financial followers to gather around.

All of this has unfortunately, now snowballed into a series of unfortunate events and bad realities because we now have an almost continual parade of Prophets and Leaders who are little more than polished newscasters who report on the prophetic perspective of the significance of events AFTER the event is over.

The prophets are now in danger of becoming blinded by there own hidden darkness and popularity. Resulting in no longer seeing the future as clearly as they once could.

Is this just a problem of the Prophetic and a few Pastors? No, it is not, consider also this post from Jeremiah Johnson.

Has this escaped the Lord’s sight, never. Matter of fact I think he is turning up the heat by forcing things to break so that we repent. Consider the fact that for the last several years a pattern is taking place. It might be too early to really pinpoint the true meaning of this pattern but take a look at what’s going on.

Kim Clement Nov 22nd, 2016. (According to Hebrew tradition, Noah came out of the

ark on this day, completing the judgment of the Earth)

As the former major players are all taken home that leaves the secondary line of defense to replace them with. This, however, provides the opportunity for them to display their true quality either good or bad. Unfortunately for many of them, the quality displayed is just as good as the paper thin integrity that many believe exists. Because as long as you continue to believe in their own press, you will believe the integrity they say they have is real.

Some of the side effects of these ministries has been the out growth of odd teachings that now is showing up in books and popular minsters like John Crowder who uses drugs to achieve “alter states” for his heavenly experiences. Or even the recent teaching of the now popular book “The Courts of Heaven.” 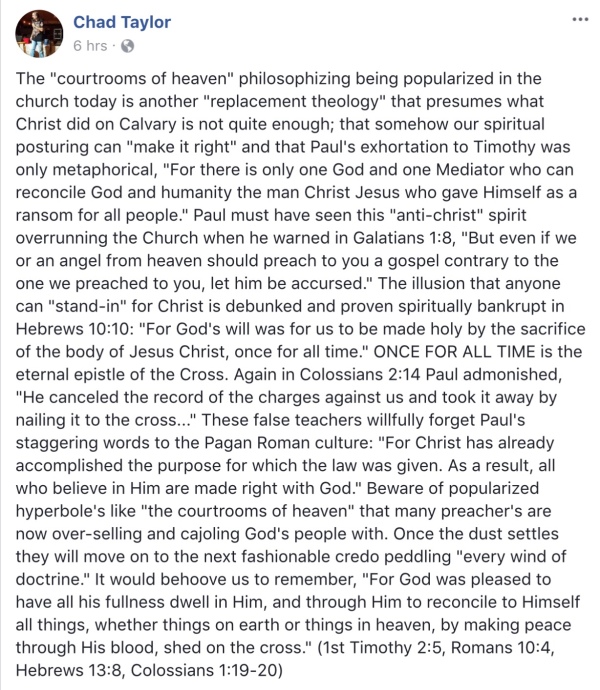 Does anyone realize the state the church is in? Does anyone care? What would it look like if the prophetic explosion of the late 80’s had continued without corruption? If it had continued, what would have been foreseen and given into the hands of the intercessors, could the world we now know have been changed? Would the current state of California be better than today? Could human trafficking have been crushed?

How can it change?

1. Obviously, Holiness needs to return to the ground floor of the church. Not a militaristic, legalistic form of Nazism. But a Holiness defined by grace for those who are entrapped in sins and unproductive patterns of life.

2. The restoration of true mentorship. Young Christians with higher level gifts don’t need college degrees in spiritual classes as near as much as they need serious one on one time with elders who have walked the road before them. Men and women mentors, fully rooted in the spirit of Love, Joy and Peace. Not presentation and performance.

3. The removal of modern psychology from the church. Psychology is rooted in the tree of the knowledge of good and evil and has no place in a spirit-led world. To many leaders within the church have degrees in this dark maze of the human mind under the false hope of helping people. In all reality, it just becomes a skillful way of manipulating Gods people.

4. Teach both sides of the prophetic. Many modern ministries lean heavily on the equipping and blessing side of the gift. But the reality is, this is a Holy Fire that has the power to burn up the chaff in the lives of people, churches and nations. A good rule is that the prophetic is the Fire and the person is the Fireplace. Build a prophetic person correctly and they can bless the room. If however you only teach the young to bless, then the congregation and leaders will never be corrected when the time is needed. If the prophets are never taught to warn the church about the evil around the corner, the church will often become overrun by every bad teaching and little demon.

As a friend of mine says it this way, “your going to have sunny as well as rainy days.” So let’s give the people of God true weather forecasts.

It’s time for the Restoration of the Prophetic, as well as the other gifts like the Apostolic, that is so badly needed. Darkness is ramping up and the people of God are poorly prepared for it. You see there is new evil teaching coming to this world and it is far worse than the teaching of evolution. It will lay waste to many churches and lay the foundation for all the evil we will soon see in the Book of Revelation. I have seen it!

But speaking of it now will be pointless and lost to the endless maze of imagined church problems we think we need to deal with.

Time to wake up.

3 thoughts on “What have we become?”